Richland Students Visit The Heroes Memorial for a Teachable Moment

To commemorate the 20th anniversary of the terror attack on September 11, 2001, more than 1100 local elementary and high school students from Richland School District visited The Heroes Memorial located on the Pitt-Johnstown campus.
The Heroes Memorial, believed to be the only memorial of its kind on any college campus in the United States, pays tribute to those who died on 9/11 as well as the servicemen and women who lost their lives in Afghanistan and Iraq.
At the center of the memorial is a 3,500-pound steel I-beam recovered from Ground Zero of the World Trade Center.  The names of 9924 men and women are engraved on walls surrounding the melted I-beam.  "This memorial serves as a teachable monument, a solemn signpost of ultimate service to country, including by many college-age citizens. It is a remembrance of the heavy burden borne by the fallen, the wounded, and their families and is a sober awakening to the obligations of citizenship, a clarion call to us all to be worthy of their sacrifice, said President Spectar.
“The visit to the Hero’s Memorial is important because the kids were not alive when 9/11 happened. It’s an important piece of history and we don’t want the students to ever forget this terrible tragedy,” said Mark Mosorjak, High School Assistant Principal. 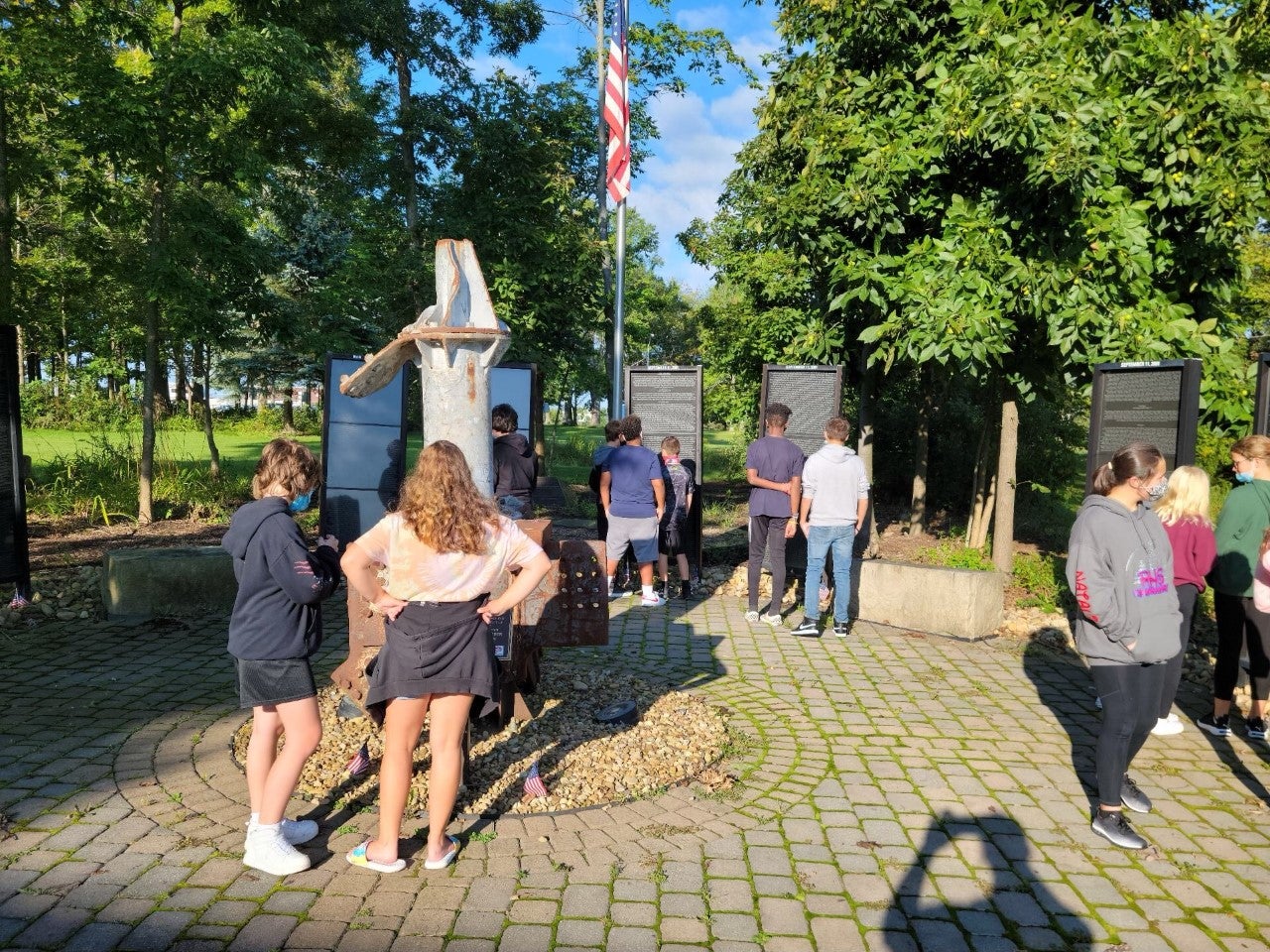