Recipient of Presidential Award for Excellence in Teaching

Jaunine Fouché PhD, a teacher at the Milton Hershey School and a ’93 Pitt-Johnstown graduate, was a recipient of the 2016 Presidential Award for Excellence in Mathematics and Science Teaching from the office of President Barack Obama. 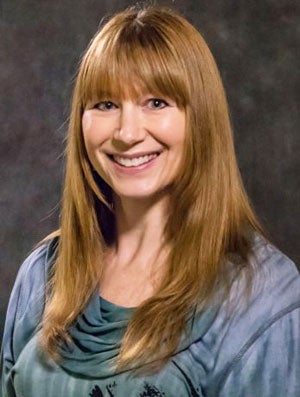 She is the school's science curriculum supervisor. The award is given annually to teachers of kindergarten through 12th grade from across the United States, in recognition of their efforts to develop and implement educational programs. It is granted by the National Science Foundation on behalf of The White House Office of Science and Technology Policy.

Fouché was one of 213 recipients nationwide to earn the award, which is the highest honor that can be bestowed on a math or science teacher in the nation.

"We are proud of Dr. Fouché and her work which inspired her selection as a Presidential Award recipient," said Pete Gurt, the president of Milton Hershey School, in a press release. "She has remained focused and dedicated in her efforts to develop exceptional science instruction that meets the individual needs of our students and prepares them for postsecondary success. Dr. Fouché demonstrates a clear commitment to excellence in her field and at our school."

Fouché credited her success to her students and the mission of Milton Hershey School.

"I believe in empowering students and providing a top-notch education that, when paired with STEAM and innovation opportunities, harnesses their restless curiosity to solve local and global challenges," she said in the press release. "Through this award, I hope to further the growing innovation dialog and inspire our students."