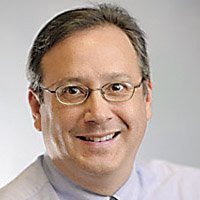 Sports reporting and Mike Mastovich have become synonymous throughout Cambria County and beyond, due to his enduring and respected journalism career. But before he was credited with his first professional byline, Mike’s initial foray into sports writing was at the University of Pittsburgh at Johnstown.

A Johnstown Tribune-Democrat sports writer since 1986, Mike honed his skills in the early-to-mid-1980s as a Pitt-Johnstown student, editor/writer, and member of its sports information staff.

“The journalism program was top-notch, and I can’t say enough about the impact Tom Russell had on his students,” Mastovich said of the professor who retired in 1988 and passed away in 2011.  “Of course, the UPJ athletic teams created quite a few memories. It was pretty easy to promote the Lady Cats basketball team and the Mountain Cats wrestling team -- two of the best programs in Division II at the time.”

Mastovich received his Bachelor of Arts degree in journalism with a minor in speech communications in 1985. He credits his experience as the student-sports information director with enabling him to work extensively with local and regional media and build contacts and relationships in the business. He also served as sports editor of The Advocate, which helped him land a position as a graduate assistant in the Indiana University of Pennsylvania Sports Information Department.

He then earned a master’s degree in Sports Sciences at IUP a year later. Meanwhile, in November 1986, he became part of the Tribune-Democrat’s sports staff, where he has sustained an accomplished career.

Mike’s writing and sports coverage has been honored with awards, such as:

“Pitt-Johnstown provided plenty of valuable real-world experience,” he said. “During my four years, I was able to serve three internships: one with the American Red Cross Keystone Chapter, and two with the UPJ Sports Information Office/Athletic Department.

“My time spent promoting and keeping statistics for the UPJ men’s and women’s athletic teams also provided a great learning experience. UPJ really prepared its journalism students for their entry into the workforce.”

Mike came to the University after graduating from Conemaugh Valley High School in 1981. He says there was plenty to like about Pitt-Johnstown then, and there still is now.

“Even though I was a local, I resided on campus,” he said. “I really liked the rustic setting. The close-knit community of students and professors/instructors was special. Friendships and relationships made in the 1980s are still strong today.”

Mastovich has served as master of ceremonies for the Pitt-Johnstown Athletics Hall of Fame banquet since its inception in 2007.

Mike is a Johnstown resident, where he and his wife Terry have three children: Shelby, Michael, and Ryan.