Thomas Kurtz, class of '77, is the President and CEO of the Chan Soon-Shiong Institute of Molecular Medicine at Windber. 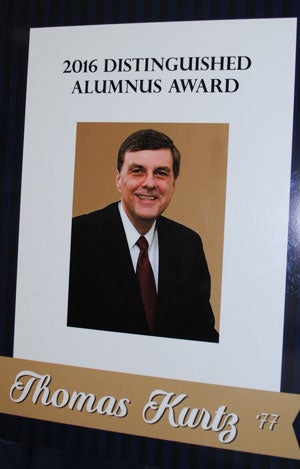 He earned the distinction of Pitt-Johnstown's Distinguished Alumnus of the Year in 2016.

Mr. Kurtz earned an MBA in Medical Practice Management and is one of approximately 600 people in the country with this degree.

He is also a certified member in the American College of Medical Practice Executives (ACMPE).

He is also a member of numerous other boards, such as JARI and the Johnstown YMCA.