Jeffrey L. Webb started teaching at the University of Pittsburgh at Johnstown in 2001. During his time at UPJ, Mr. Webb has taught courses in Music Theory, Western Art Music, Critical Listening, Jazz and Popular Music, and conducts the Pitt-Johnstown Choral Ensembles. In addition to his work at Pitt-Johnstown, Mr. Webb was the Artistic Director of the Blair Concert Chorale in Altoona, PA from 2004-2013.  Under his baton, the Blair Concert Chorale performed such works as Faure’s Requiem, Vivaldi’s Gloria, Schubert’s Mass in G and the Broadway musicals Sweeney Todd and Chess.  Mr. Webb’s compositions (including Oh! What a Beautiful City! published by Roger Dean/Lorenz Music) have been performed throughout the country.  Mr. Webb is active as both a guest conductor and vocal clinician, having guest conducted choirs in Pennsylvania, New York and New Zealand and presented his research for both Pennsylvania and Virginia Music Educators Associations.  Mr. Webb’s research has led to publications in both The Choral Journal and Music Educators Journal.

Mr. Webb is also active as a vocal soloist, musical director and accompanist.  His credits as a musical director and accompanist include such shows as Godspell, Ain’t Misbehavin, Little Shop of Horrors, Sweeney Todd, My Way: A tribute to Frank Sinatra, and Sweet Charity.  Mr. Webb is also the director of the Johnstown Symphony Chorus and leads his own band, Jeff Webb and the Delectable Sound.

Oh! What a Beautiful City (choral arrangement)- Lorenz Publishing, May 2007 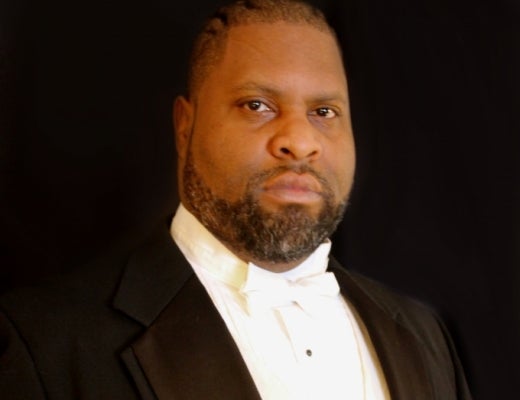