The John P. Murtha Center for Public Service and National Competitiveness, located on the campus of the University of Pittsburgh Johnstown, formally opened with a dedication ceremony on April 6, 2017.

Mr. Murtha was a former Marine Corps officer and was the first Vietnam War veteran elected to the in the U.S. House of Representatives, where he served until his death in 2010.

Mrs. Joyce Murtha, his widow, and their children, John and Patrick, joined Pitt-Johnstown President Jem Spectar for a ribbon-cutting ceremony prior to the program.

The 7,400-square-foot center honors Congressman Murtha’s public service and legacy with an exhibit that provides access to the Mr. Murtha’s Congressional Papers, a collection of personal documents and possessions donated to the University of Pittsburgh in 2010 by Joyce Murtha.

Prior to his death, John P. Murtha represented Pennsylvania’s 12th congressional district, which includes the City of Johnstown, in the U.S. House of Representatives for more than 35 years.

Mr. Murthais the longest-serving member of Congress in the history of the Commonwealth of Pennsylvania, most notably chairing the House Appropriations Subcommittee on Defense. A Pitt alumnus, Murtha earned a bachelor’s degree in economics in 1961. 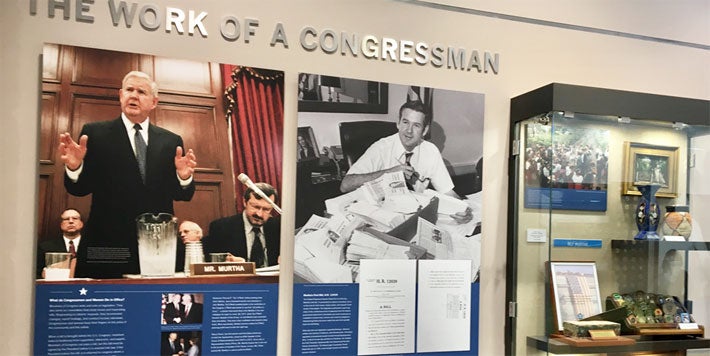