The Nursing and Health Sciences Building on the Pitt-Johnstown campus held its grand opening on September 27, 2013, and kicked-off Homecoming Weekend.

The building has many state-of-the-art attributes and features. 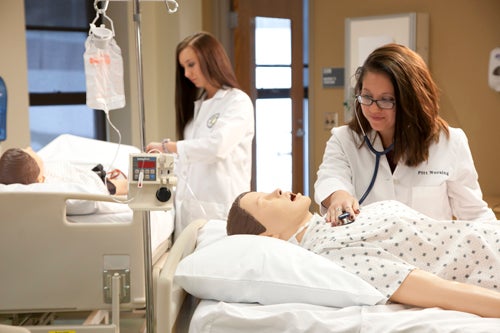 With laboratory and classroom space for growing programs in biology, chemistry, and nursing, the facility will meet the educational needs of a large majority of Pitt-Johnstown's overall student population that includes not only the students who major in those areas, but also those who complete coursework in areas as required for graduation.

Construction was managed by Pittsburgh-based Mascaro.